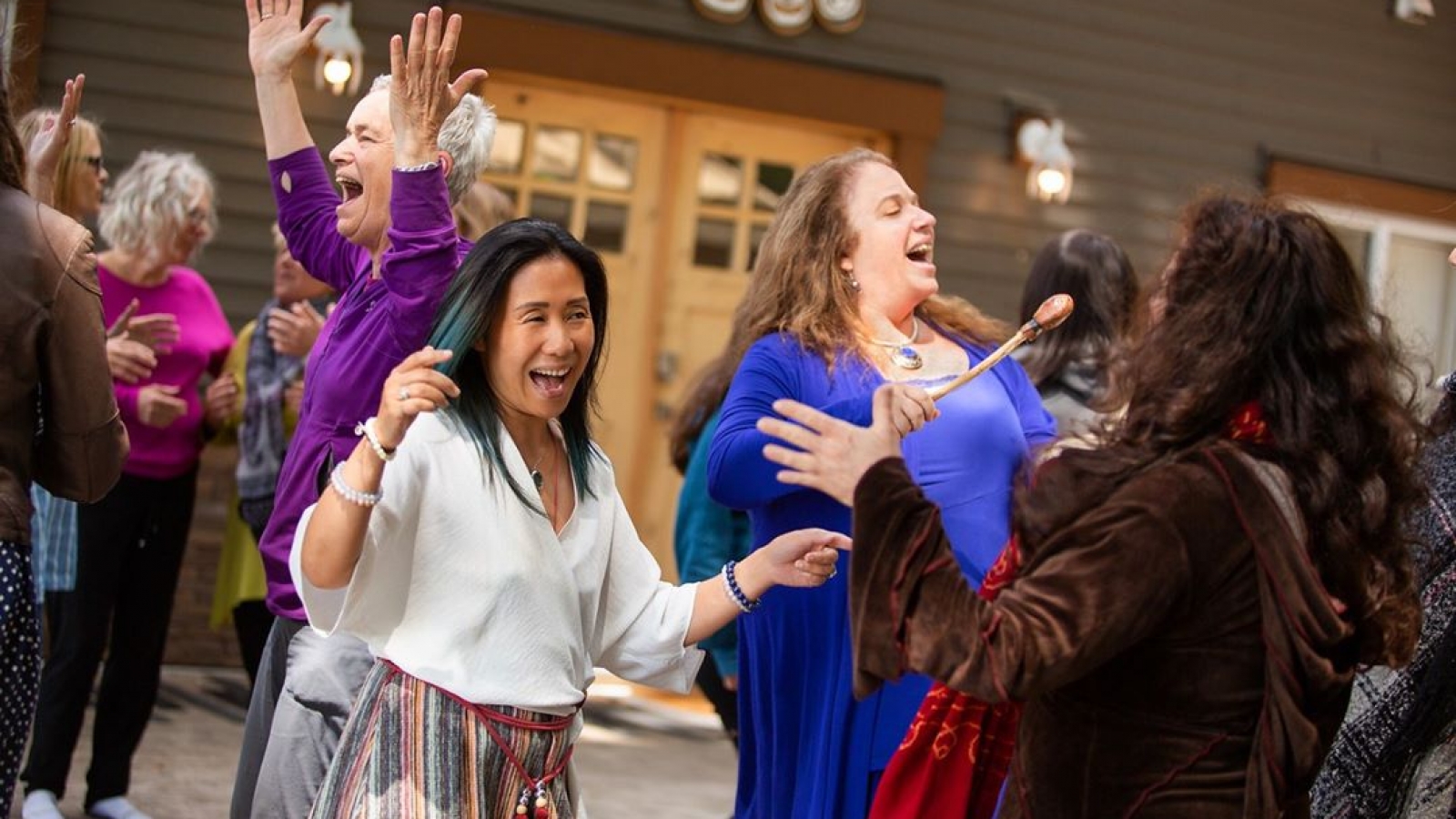 Singing releases endorphins into your system and makes you feel energized and uplifted. Singing uplifting messages and chanting from a spiritual tradition delivers a host of physical and emotional benefits, including increased aerobic exercise, improved breathing, posture, mindset, confidence and self-esteem. People who sing and chant are healthier than people who don’t.

As the popularity of singing grows, science has been hard at work trying to explain why it has such a calming yet energizing effect on people. What researchers are beginning to discover is that singing is like an infusion of the perfect tranquilizer, the kind that both soothes your nerves and elevates your spirits.

According to research conducted at the University of Frankfurt, singing boosts the immune system. The study included testing professional choir members’ blood before and after an hour-long rehearsal singing Mozart’s “Requiem”. The researchers noticed that in most cases, the amount of proteins in the immune system that function as antibodies, known as Immunoglobulin A, were significantly higher immediately after the rehearsal. The same increases were not observed after the choir members passively listened to music.

Singing is a workout

For the elderly, disabled, and injured, singing can be an excellent form of exercise. Even if you’re healthy, your lungs will get a workout as you employ proper singing techniques and vocal projections. Other related health benefits of singing include a stronger diaphragm and stimulated overall circulation. Since you pull in a greater amount of oxygen while singing than when doing many other types of exercise, some even believe that singing can increase your aerobic capacity and stamina.

Standing up straight is part of correct technique as you’re singing, so with time, good posture will become a habit! As your chest cavity expands and your shoulders and back align, you’re improving your posture overall.

According to a health article in Daily Mail Online, experts believe singing can help strengthen throat and palate muscles, which helps stop snoring and sleep apnea. If you’re familiar with these ailments, you know how difficult it can be to get a good night’s sleep!

Other studies show that those who do chanting have less anxiety and stress which leads to less digestive upsets in general. Everyone knows that when they are stressed to the max many times end up with digestive problems, stomaches, diarrhea, and more. But when we do chanting this does not happen.

Another study was done in China taking those who did Photchong Chanting and doing EEG scans of their brains before and after chanting. Found that those who did chanting had lower levels of theta waves and even delta brain waves after chanting and thus they had a much lower amount of stress throughout the day. But it was not only those doing the chanting, even those who listen to chanting had lower stress. Making music in any form is relaxing. Singing releases stored muscle tension and decreases the levels of a stress hormone called cortisol in your bloodstream.

Studies done over a 24 hour period show that those who chant actually lower their heart rate and lower their blood pressure while chanting. And that also helps them keep their blood pressure lower throughout the rest of the day. Why this happens might be because we breathe better while chanting, and we also feel better, and thus good hormones such as dopamine help to create better health and thus we feel better and actually are better. A study done by Telles, Nagendra, and Nagarathna showed that those who do chanting have improved cardiac output and lower blood pressure.

With fewer stress chemicals in our brains and bodies, we sleep better and thus we wake up feeling refreshed and ready for another day.

One study by Lavretsky in 2011 showed that when people did chanting they actually had an increase in cellular telomerase activity… which slows our cellular aging process. That is pretty amazing!

Singing is a natural anti-depressant

Singing is known to release endorphins, the feel-good brain chemical that makes you feel uplifted and happy. In addition, scientists have identified a tiny organ in the ear called the sacculus, which responds to the frequencies created by singing. The response creates an immediate sense of pleasure, regardless of what the singing sounds like. Not only that, but singing can simply take your mind off the day’s troubles to boost your mood. Singing improves mental alertness improved blood circulation and an oxygenated bloodstream allows more oxygen to reach the brain. This improves mental alertness, concentration, and memory. The Alzheimer’s Society has even established a “Singing for the Brain” service to help people with dementia and Alzheimer’s maintain their memories.

Chanting Can Create a Better Mood and End Depression

Studies show that chanting creates more endorphins in our body and thus helps to create a better mood. A study in the International Journal of Yoga using fMRI showed that those who did chanting actually stimulated the limbic system of the brain and helped those where were depressed. There are many areas of the brain that are stimulated when chanting including the amygdala, orbitofrontal cortex, hippocampus, anterior cingulate gyrus, insula, parahippocampal gyrus, orbitofrontal cortex, and thalamus. Also, chanting has been shown to help those with Post Traumatic Stress Disorder. And chanting can increase brain function for those suffering from strokes and epilepsy. Studies show that those who chant have less tendency to have negative moods and thus feel better on a regular basis. This all comes about because of changes in our brain chemistry.

We Have More Feelings of Well Being When Chanting

A study done by Gupta and Bhatt in 2013 showed that those who did chanting on a regular basis had more feelings of well-being, less stress, and they had a better mental attitude.

The Words We Use for Chanting Do Matter

Studies show that the words used for chanting do seem to matter. If you just use any old word it doesn’t seem to work as well as Sanskrit words or some other type of spiritual word. And if you listen to chanting that also helps… but actually doing the chanting is the best.