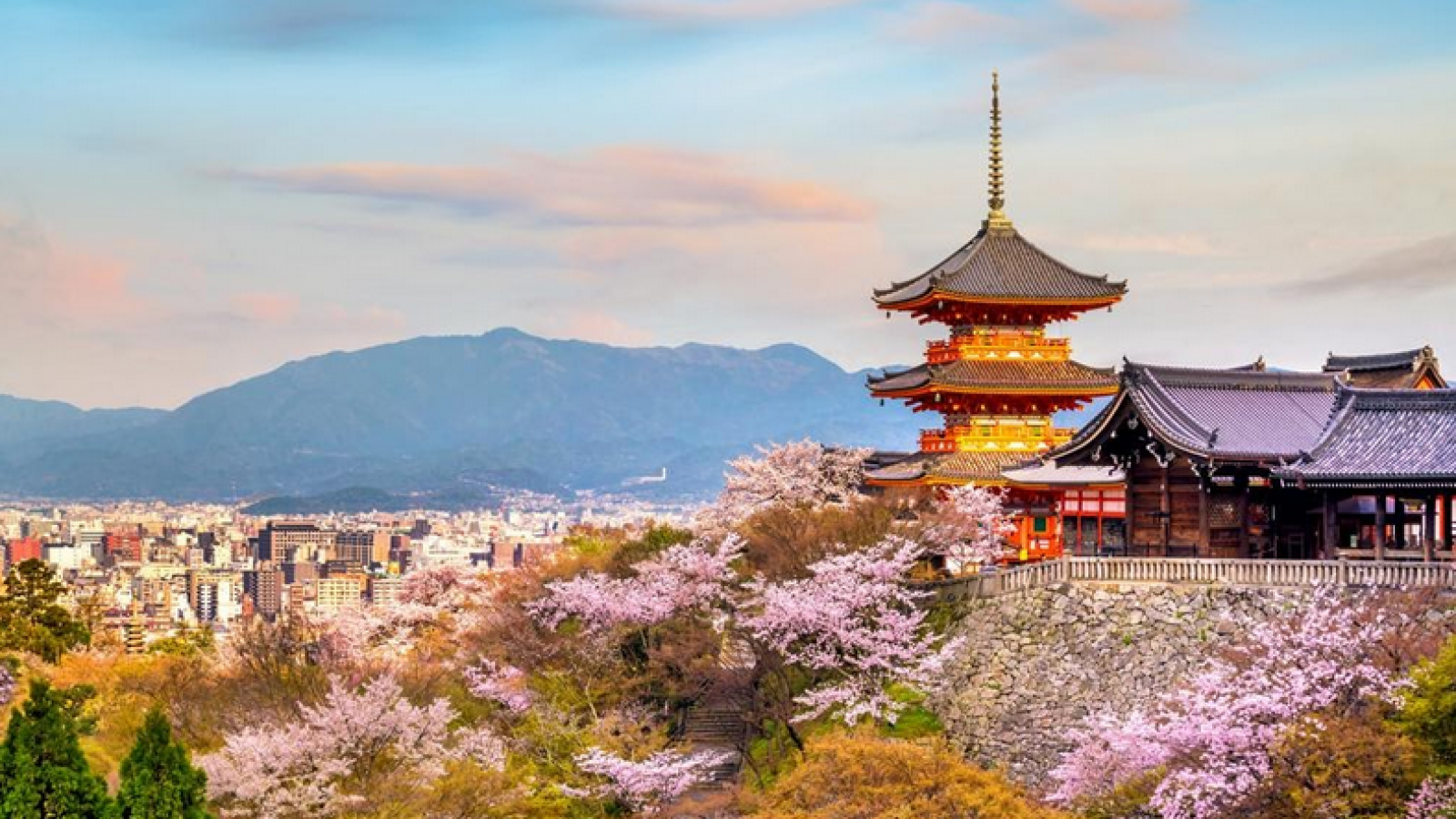 Years ago I was performing in Japan, singing and playing piano in a fancy little club. It was such a huge cultural difference and an amazing experience that inspired me to look at some of the beliefs about music I’d formed. Like the idea I’d learned in university that music was primarily a commodity for entertainment, and the better you could play and sing, the more money you would make. Something happened that rocked my world and completely changed the way I perceived music. A Japanese friend I made took me to the ancient city of Kyoto. We entered a temple where thousands of people were chanting and I could feel a power that literally made my hair stand on end. 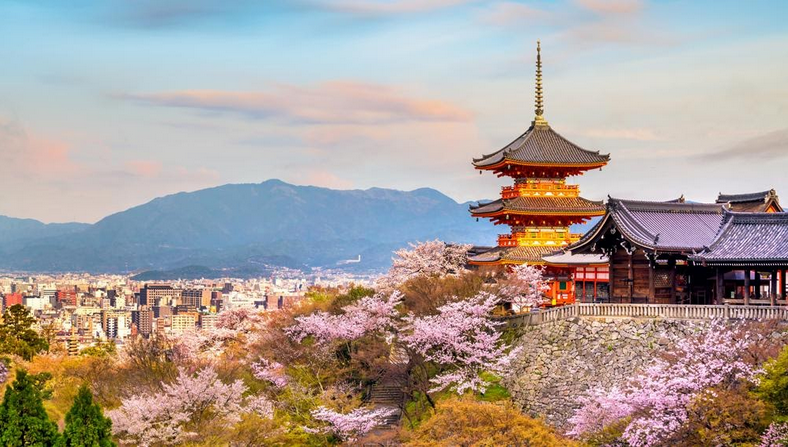 My friend explained to me that there had been horrific mud slide in Columbia and that the people were chanting to send solace to the survivors. I understood that as tangibly as a radio or television signal could travel the world, so too could the energy and intent of chanting.  For me a light bulb or awareness went on that led me to a lifelong passion with the power of chanting and a desire to research and share this knowledge.

Music is the language of the soul

In many traditions, sound is considered the primary force in all creation. Some sounds can energise and stimulate, while others can relax and calm us. Sound can awaken our inner fire and can also heal and soothe. Sound is the energy of vibration and since we are all fundamentally made from energy, we all react to sound on an energy level whether we are aware of it or not. Sound can move us to tears or joy, evoke long forgotten memories, and touch us at a soul level. Sound has considerable power to heal.

Ancient cultures knew all about the true power of sound and music, far beyond a commodity designed to sell and entertain. Shamans and healers sang, chanted and drummed people to health as part of everyday life. They understood at a deep level that we live in a constant state of vibration from which sound is derived and that sound has significant influence on us.

We still gather to drum, sing and dance to feel the connection to our ancestors and our current community. 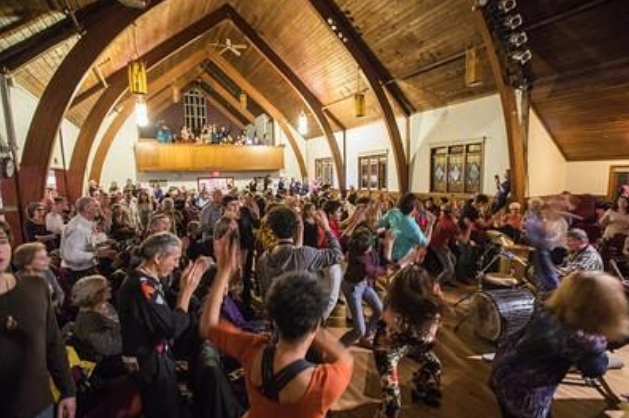 Music speaks to the soul because it is the soul’s language. It transcends the limitations of the rational mind.

Ludwig van Beethoven said that “Music is a higher revelation than all wisdom and philosophy”.

When Albert Einstein was asked about his theory of relativity, he said: “It occurred to me by intuition, and music was the driving force behind that intuition. My discovery was the result of musical perception”.

The greatest instrument of healing is the human voice. Natural sounds like crying, laughing, sighing, wailing, humming, yawning, whistling, and the sounding of single vowels are all part of a self-healing technique called Toning, which is the use of voice to release pain and stress and to align imbalances. The sustained, vibratory sound of single tones, without the use of melody, rhythm or words, bypasses language entirely and allows us to express the heart and soul directly, quietening the over-active mind.

When you’re connected to your body and natural breath cycles and allow your intuition to let your soul sounds emerge from deep within you begin to reclaim the expression you were born with. People are amazed at the sounds they can make, especially when they let go of the fear of their voice being heard. 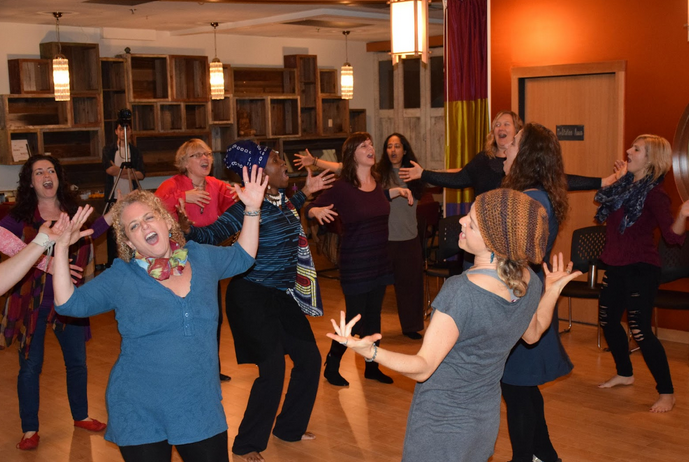 I’m passionate about helping people reclaim their authentic voices. Over and over I see how it impacts their whole lives by raising their confidence and their mood.

The Power of Chant

From a simple individual prayer, to a whole gathering of people singing in unison, many spiritual rituals and events involve chanting of mantras or hymns.

The word ‘mantra’ is often used to describe a frequently repeated phrase. However, it actually comes from the ancient Indian Sanskrit language and is derived from the root manas which means “to think” and tram, “to protect” or “liberate from bondage of the physical world”. A mantra, therefore, is thinking which liberates or protects.

Mantras are sonic formulations evoking vibrations that heal, enlighten and promote spiritual growth, and are said to be sacred sounds that speak to the gods. It is the power of word; a compelling force that not only vibrates in the being of the person who utters them but also connects them to a universal energy. Mantras are Vedic in origin, but transcend all language and all religion.

I love many of the traditional chants and have found incredible benefit for myself and for others in learning specific chants for specific outcomes. As a composer I’ve also been inspired to create many chants. The repetitive nature of the chant helps the brain to relax and turn off over thinking allowing the healing to happen.

Whether it’s to connect to a higher spiritual power or to tap into our own strength and power, chanting has been part of the fabric of human spiritual culture for thousands of years. What is it about chanting that makes it essential to virtually every spiritual practice?

The effects of chanting are not just based on belief, or a placebo effect. Scientists have researched the effect of chanting numerous times in the past years, to find out why chanting produces the effects they do.

In general, chanting has been found to have a therapeutic effect on the body, soothing and harmonizing the body’s multiple systems and kick starts the body’s natural healing abilities, as well as help deal with addiction. This is according to research done by Alfred Tomatis at the French Academy of Science and Medicine, as well as by the experts at Cleveland University. This happens because of what are known as the Neuro-Linguistic Effect and the Psycho-Linguistic Effect. The NLE is a melodious effect created by the rhythmic tones of chanting, and the PLE the body’s reaction to the meaning of the chants being chanted. These two effects signal the brain to produce and spread the curing, healing, and feel-good chemicals of the body.

Other studies, like the one done by Dr. Alan Watkins of the Imperial College in London, have shown that heart rate and blood pressure dip to their lowest while chanting, as well as normalize the levels of adrenaline, cholesterol, and unruly brainwave patterns, due to the vibrations of the sounds produced during chanting. As well, neuroscientist Marian Diamond of University of California discovered that chanting inhibits the release of stress-hormones.

Whether it’s for meditation, yoga, prayer, or to take a short break from the rigors of everyday life, chanting can definitely improve your well-being. Depending on what you chant you can promote healing, resilience, forgiveness, and cultivate compassion and self-love. 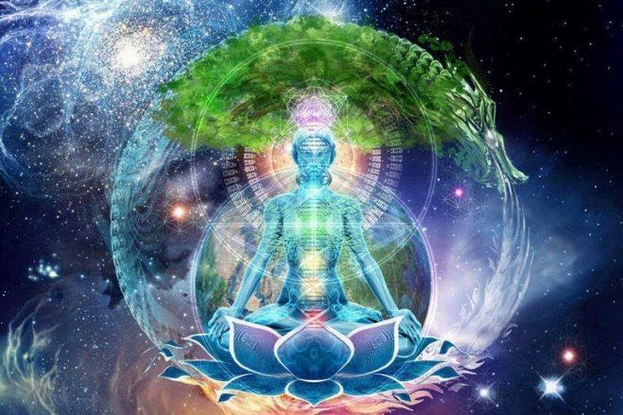 Research shows that self-created sounds like chanting cause the left and right brain hemispheres to synchronise. Chanting oxygenates the brain, lowers blood pressure, reduces heart rate and causes the brainwaves to calm down. Studies also show that chanting regulates breathing, which has many health benefits. While breathing alone is rejuvenating, breathing in synch with others, as one would when chanting in a group, amplifies the effect as the entire group entrains their breathing with each other. The vibrations contained in that synchronised sound radiate out in concentric circles, healing the group and touching the world.